This sizable project started as a simple sketch (see step-by-step pics link for actually sketch); but little did I know that this original drawing would end up being just the backdrop to the main event, and what was eventually to became “Particle1”.  Inspiration struck when I noticed myself homing in on “weave” patterns in my day-to-day observations. That led to me to think it would be cool to create a piece of wall art that would look like metal ribbons surrounded by a chunky wood frame and hung by custom hardware.  So I began.   But, when I was knee deep in the building process, it was soon clear there was more to be done and I hadn’t fully thought this piece out.  I then spent countless hours concepting what was missing while I continued development of the frame and metal weave.  Many of my pieces have a cosmic perspective, so I asked myself why I was so intrigued by the weave pattern. That question got me to thinking about the fabric of space/time, and I eventually found myself considering the Higgs Boson Particle, and the Large Hadron Collider (LHC).  If you’re not familiar, the LHC is the largest machine ever made that’s specifically designed to find the smallest of objects: particles.  Not just any particle, but the “god particle”, that the existence of which scientists theorized its existence many years ago and needed this very machine built in order to prove (which it did within its first year!).  This intrigues me to no end; about the universe and how creative humans can be when driven by a purpose.  Once I was on this path, I researched the many computer generated-renderings of particle explosions conducted in the collider until I found one that inspired me and would complement the piece.  So, what you’re seeing as the main element of this piece is a snapshot in time when two particles have collided on a sub-atomic scale.  To bring this element to life, it was essential that each curved piece was chromed to achieve the most reflective finish. The net result is a simple looking yet elegant piece that hides its building complexities well.

In addition to the featured gallery pics above, I encourage you to review the Step-by-Step Project Pics to see the many stages this project entailed. 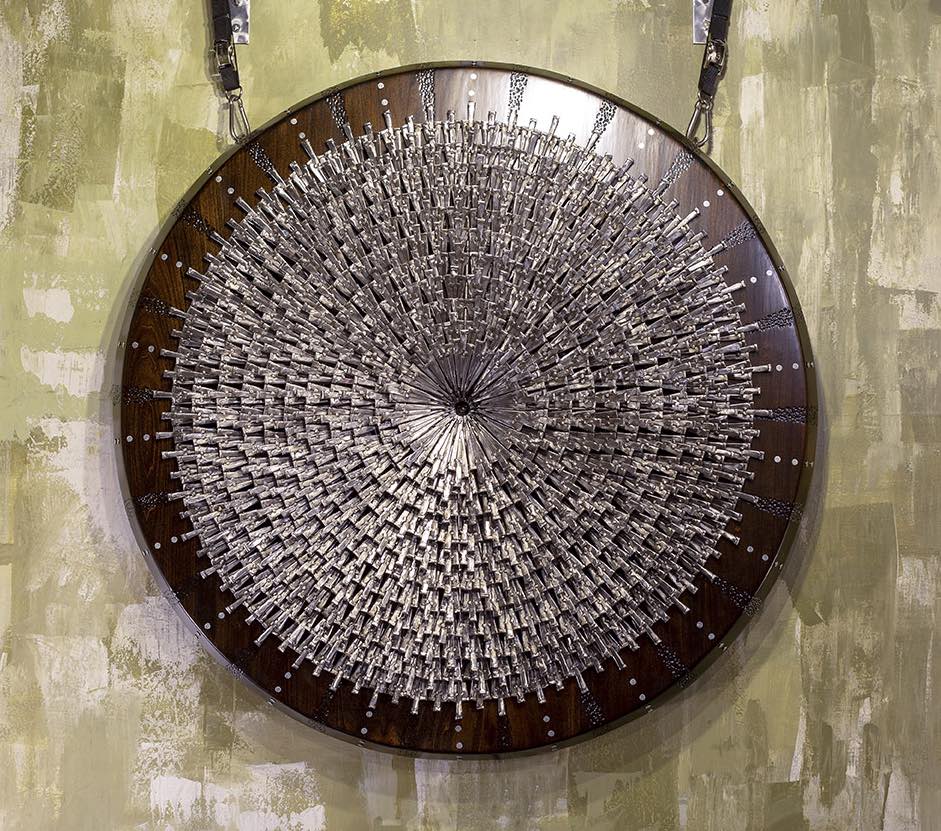 I remember always being amazed at the night sky when I was a kid.  I also remember pointing out the… 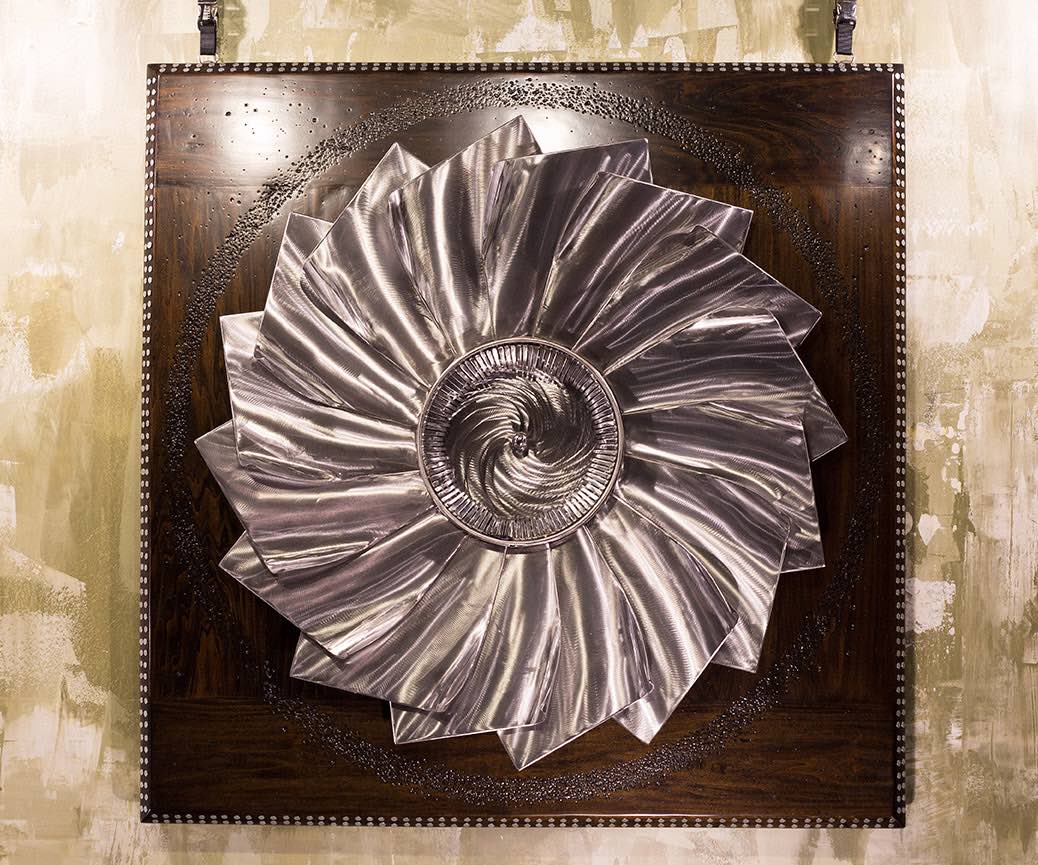 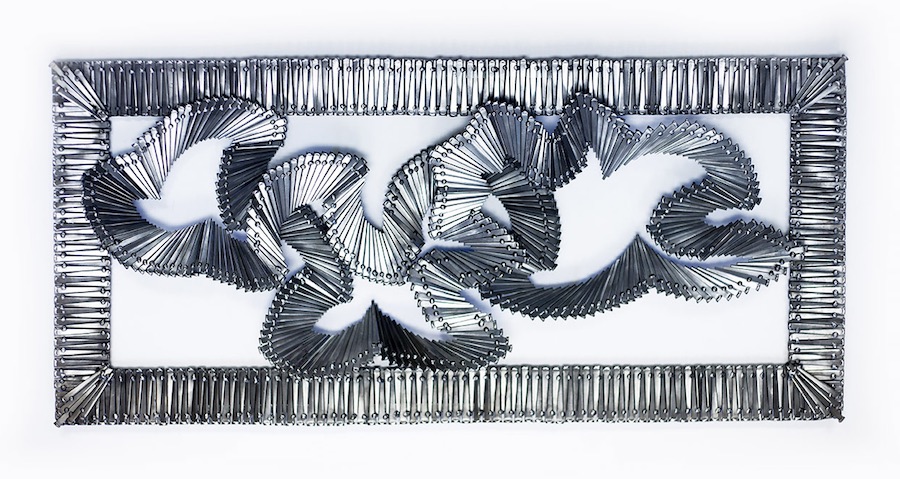 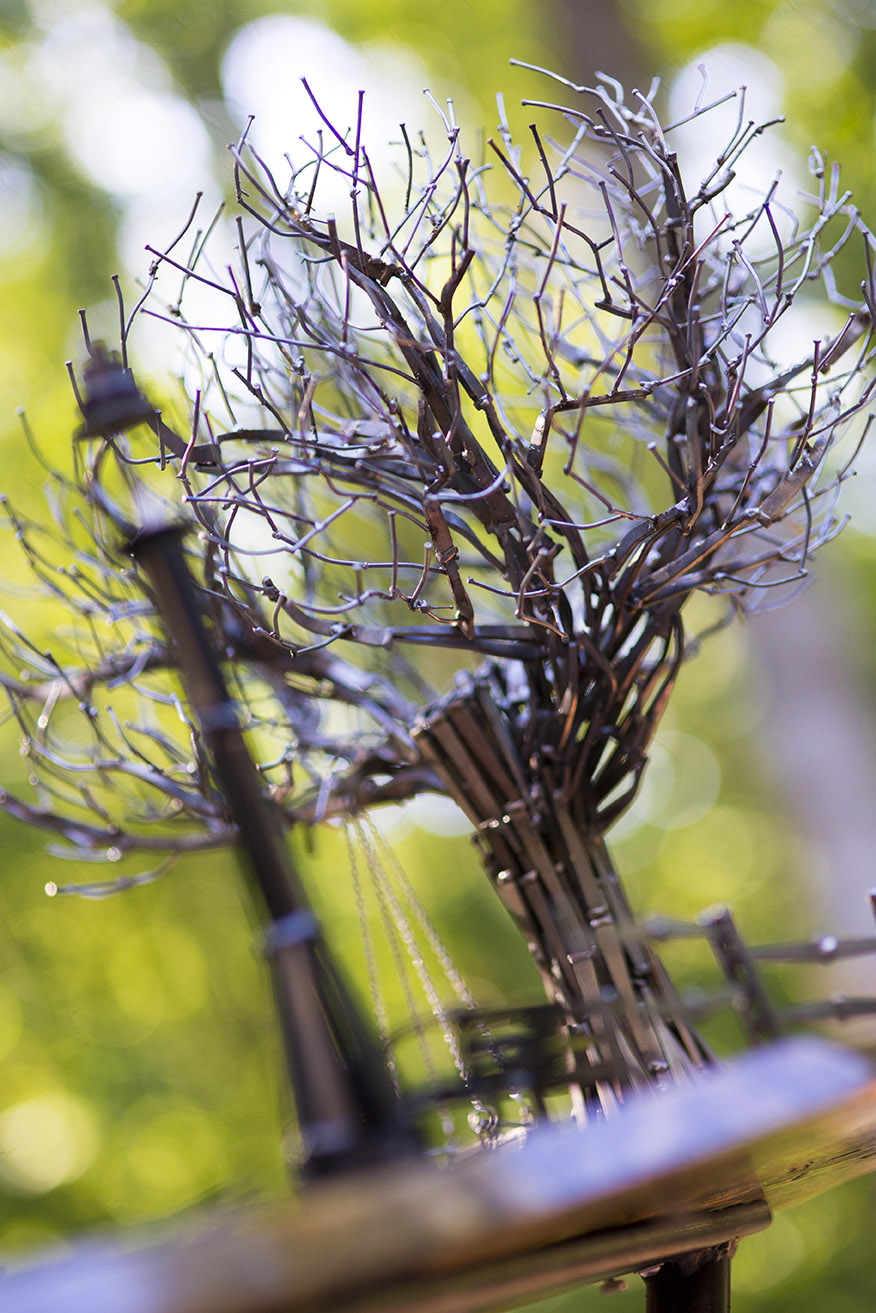 Treescape was a departure from the typical well-thought-out pieces, and more of a stream of consciousness. Instead of planning and…

Like what you see? Contact me if you're interested in a custom, one-of-a-kind piece or if you're an artist looking to talk shop.
Get In Touch
© Copyright Paul Spinak. All Rights Reserved.
Back To Top